For the Love of Chocolate

Raise your hand if chocolate is your love language.

Is chocolate your love language? If you said yes, then you’re not alone. It is estimated that Americans spend $22 billion on chocolate annually, consuming upwards of 12 pounds per person. That’s a lot of chocolate!

According to a recent survey of American adults put out by the National Retail Federation (NRF) and Prosper Insights & Analytics, 53 percent responded that they plan on buying gifts for Valentine’s Day. Of that number, 56 percent reported that they will spend their money on gifts of candy, which is up by 2 percent from 2021. Spending for the heart-shaped holiday is projected to reach a whopping $23.9 billion, making this year the second highest ever recorded.

There’s little reason to doubt that chocolate sales have risen during the pandemic. In fact, at its onset, chocolate sales increased 6.3 percent in 2020 over the same 17-week period from the year before. Additionally, a ResearchandMarkets.com study suggests that the global market for chocolate will see an increase from $137.59 billion in 2019 to $182.09 billion by 2025.

So, why the love affair with chocolate? It all stems from this confection’s history, which is as long and varied as the different forms that it takes. Enjoyed for over 5 millennia, chocolate can be traced back to the ancient civilizations of Central and South America, starting with the Mayo-Chinchipe culture in present-day Ecuador’s upper Amazon region. Grown on tropical cacao trees that are native to the Amazon rainforests, cacao beans were often traded as currency. Considered a “food of the gods,” early chocolate consumption consisted of roasting the beans and grinding them into a paste from which a foamy beverage would be made. Spices like vanilla, chili pepper, and cinnamon would then be added to stave off the bitter flavor. This astringent chocolate-based beverage was thought to be an energy booster and an aphrodisiac. In fact, the Aztec emperor Montezuma II was said to drink 50 cups a day of the foamy beverage called chocolatl out of golden challises. Legend has it that Montezuma’s inordinate chocolate consumption was thought to win his favor with the ladies. But according to modern day scientific studies, the link between chocolate and desire is more psychological than physiological.

Nevertheless, chocolate eventually made its way to Europe by way of Spanish friars and explorers in the 16th century. The drink soon became a prominent fixture in the diets of the Spanish elite. A status symbol of luxury and exuberance, chocolate soon spread to other areas of Europe by way of their respective aristocracy. In 1828, however, the cocoa press changed the name of the game for early chocolate production. Thought be introduced by a Dutch chemist named Coenraad Johannes van Houten (or possibly his father Casparus), the chocolate press made the confection more widely available and accessible to the masses.

Growing in its popularity, chocolate was even prescribed by Victorian physicians for a number of different ailments. One such prescriptions for chocolate was to calm patients who suffered from broken hearts, according to the National Confectioners Association. Isn’t that sweet?

In 1861, the first heart-shaped box of chocolates made its debut by none other than Richard Cadbury, the son of founder John Cadbury of the Cadbury chocolate empire. The idea to package chocolates in fancifully shaped boxes was intended to increase sales, and that it did. More than 36 million heart-shaped boxes are sold annually!

Doesn’t all this chocolate talk just make your heart melt? Consider shopping local this year for your Valentine’s Day gift-giving needs. Whether you’re shopping for a loved one or simply treating yourself, Brooklyn Fare carries a vast array of chocolates in all shapes, sizes, flavors, and forms. A couple of staff favorites to sink your teeth into include Theo organic and Fair Trade chocolate, Beyond Good single origin Madagascar chocolate, and artisan Charles Chocolates. Just in the market for a chocolate-y treat but want to go light? Give barkTHINS a try!

No matter how you choose to celebrate this Valentine’s Day, be sure to indulge in a little piece of history with a decadent morsel of chocolate! 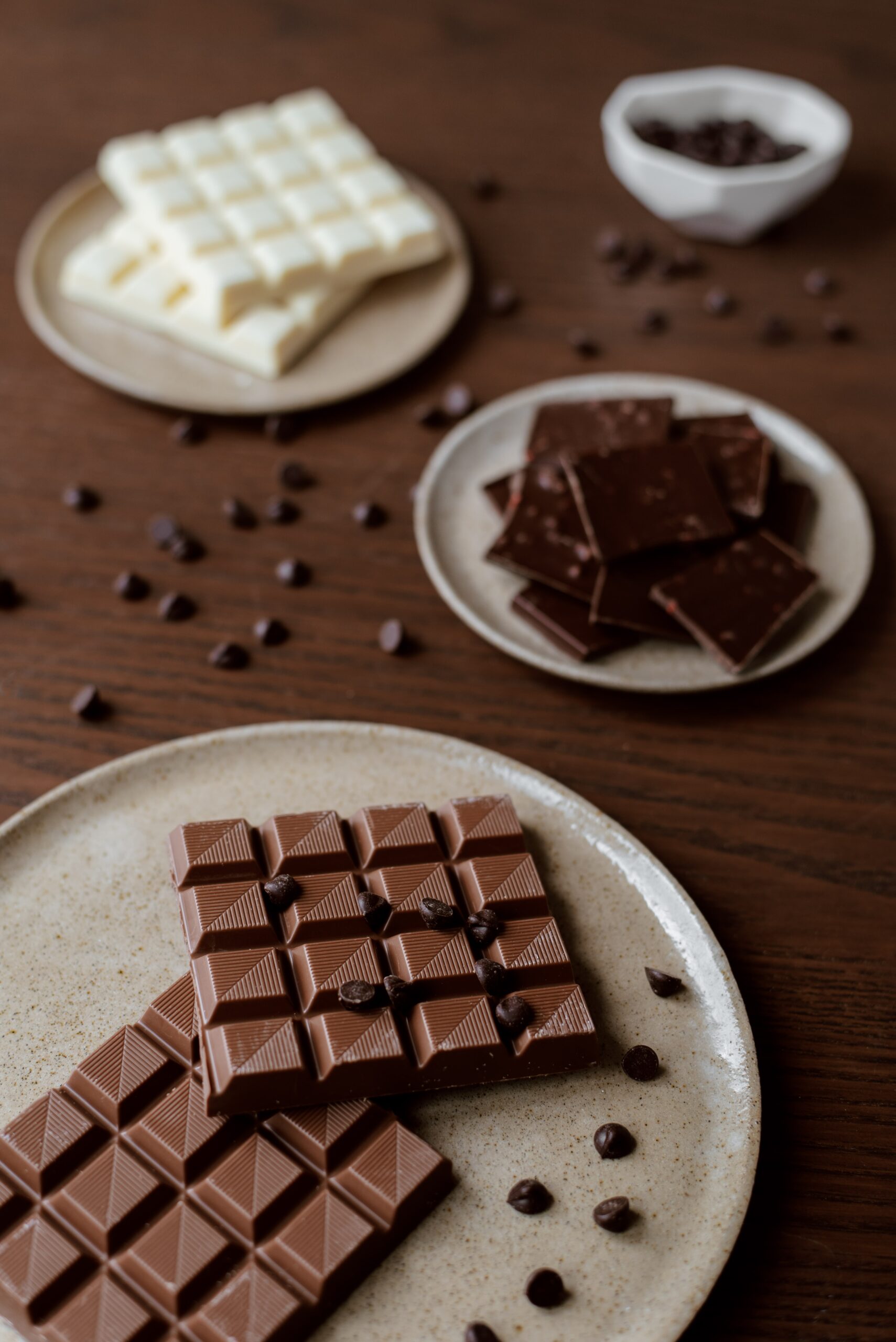