An interview with our long-time cheesemonger, Karim Yildirim.

Brooklyn Fare: Where are you from and how did you get interested in cheese?

Karim: I was born in Algeria, North Africa but was raised in Toulouse, France. I always loved eating cheese and had an interest in the cheese business. I first started working with cheese in 1987 there, primarily dealing with French, Spanish, and Italian cheeses.

BKF: When did you move to New York? Did you experience many changes working with cheese in the states?

Karim: I moved from France in the mid 2000s, and started managing the cheese selection at Brooklyn Fare in 2010. I noticed a change of course in the range of cheeses customers were looking for and began to accomadate my ordering to meet that market, while also introducing selections from my experiences in France.

BKF: Do you have a favorite cheese your buying at the moment?

BKF: You curate a selection of imported and domestic cheeses. What are some countries we buy imported cheese from?

Karim: All the classics from France, Spain (lots from the Basque region) and Italy, but also some nice choices from Holland, Ireland, Switzerland.

BKF: How do you choose new cheeses to bring to the store? Are you still finding new cheeses that surprise you?

Karim: I buy a consistent selection of classics alongside special orders from customer requests. I also tune into the global market and see what’s new. I always say: in the cheese business, as much as you know, you don’t know! Even if you’ve been in the business for more than 30 years, there’s always new and exciting developments. Recently, a lot of new American cheeses have been stirring the market. When I traveled back to France recently, everyone was talking about Midnight Moon, shocked to know it was an American-produced cheese! 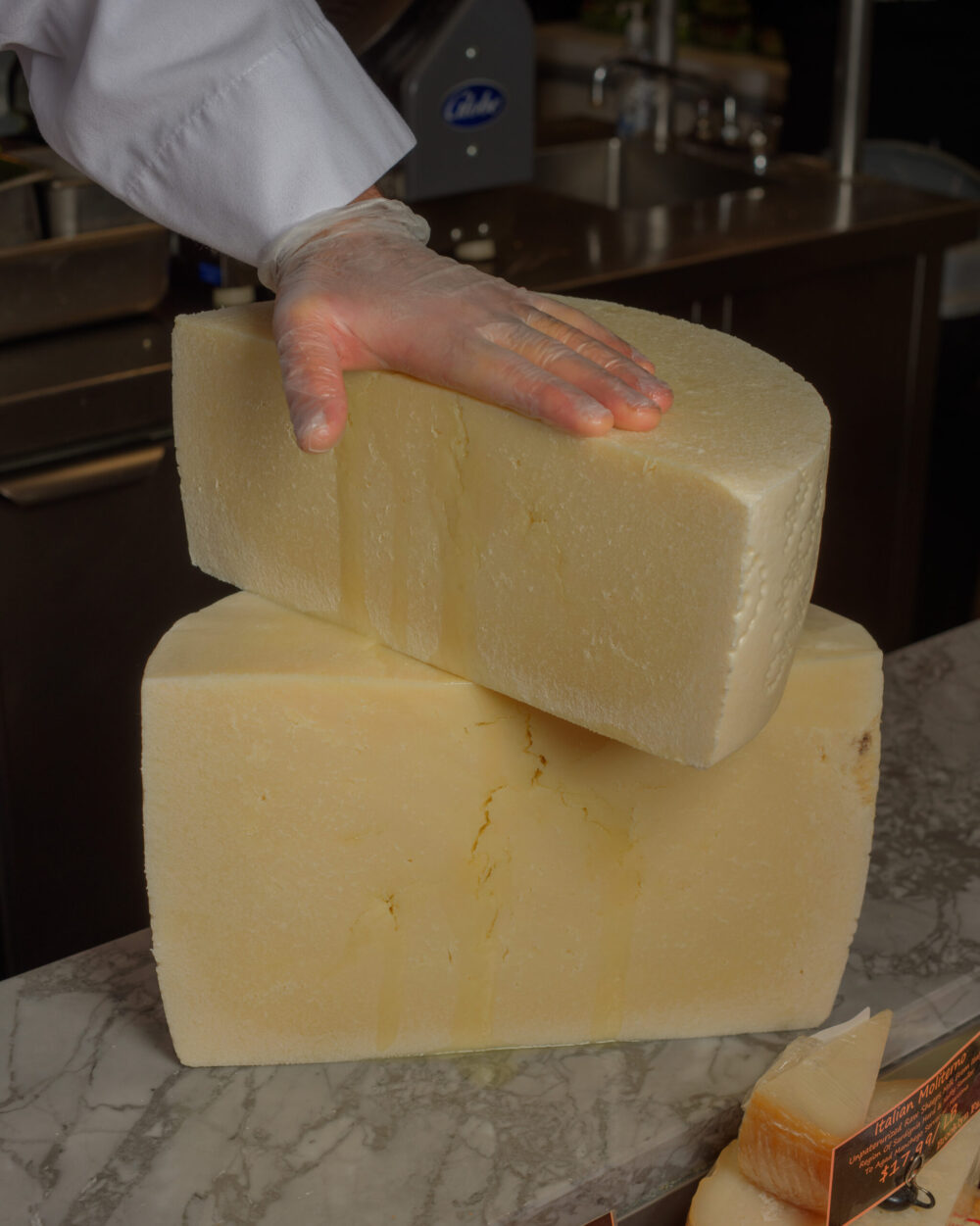 BKF: Can you share a bit of practical wisdom for newer cheese-heads? i.e. How can you tell a good parmesan from a bad one?

Karim: Sure! A good parmesan is always aged and preserved. When it’s aged, its flavor is much more developed and rich. Look for little white ridges and crystals throughout the cheese that develop in the aging process, kind of like salt. These crystals are a result of fats and proteins breaking down over aging. Also, always look for the Reggiano seal. Reggiano is the king of cheese for a reason. If you don’t have Reggiano in your fridge at home, you don’t have cheese!

BKF: How can you tell if a cheese has gone bad, or is just funky smelling to begin with?

Karim: An expired cheese will have an overwhelming sour taste and mouthfeel that stays on the tongue. A little mold on cheese is manageable, as you can trim off the molded area and preserve the cheese, but beware if the majority of the interior is molded or discolored.

BKF: What is a good way to store fresh cheeses at home?

Karim: I always recommend removing the plastic-wrap of a new cheese when you get home, covering it with a layer of wax paper, and then wrapping in aluminum foil. If possible, keep cheeses in a dedicated, humidity-controlled refrigerator drawer. This can usually keep a cheese fresh for about 6-7 months.

BKF: Any cheeses you’d recommend specifically for the winter time?
Karim: Cow’s milk cheeses are always great in the winter. In France, we would eat a lot of blue cheeses in the winter. They have penicillin in them which strengthens your immune system and helps you not get sick! Sheep and goat cheeses, alternatively, are better eaten in the summer and spring, but rules are meant to be broken!

BKF: Any cheeses to recommend for someone looking to branch out of their usual routine?

Karim: I’d recommend trying a Saint Albray. It’s a great French, cow’s milk cheese with a full-flavor typical to washed rind cheeses. It has a wonderful, rich smell and can be eaten with its rind. Also, Taleggio is an excellent cheese to try. Leave it out to let it warm up to room temperature. It’s fruity with a nice creamy tang. Works really nicely in a risotto!