Much to Learn about Matcha

Matcha may be the most ubiquitous buzzword du jour, but what exactly is it? When you hear the term, you might conjure up images of Starbucks Iced Matcha Tea Lattes, fine lime green powder sprinkled over ice cream, or Slimer-green cake batters. The truth is, this powdered form of dried green tea leaves is everywhere, however there is organic certified matcha, and then there is everything else! Commercial matchas tend to be blended with green tea powder, or just straight green tea powder labeled as “matcha,” preventing consumers from experiencing the real deal.

To demystify the world of matcha and to take the intimidation factor out of its everyday enjoyment, I had a virtual sit down with ARTEAO® co-founders Aki and Michael Howley. In a discussion on all things matcha followed by a virtual tasting, ARTEAO’s lifestyle brand goes above and beyond with its offerings of fine USDA organic and sustainable matchas, powders, teas and ceremonial preparation products, all sourced from small farmers and artisans in Japan.

Helping us to better understand this celebrated green powder, here’s a breakdown on what you need to know about matcha. 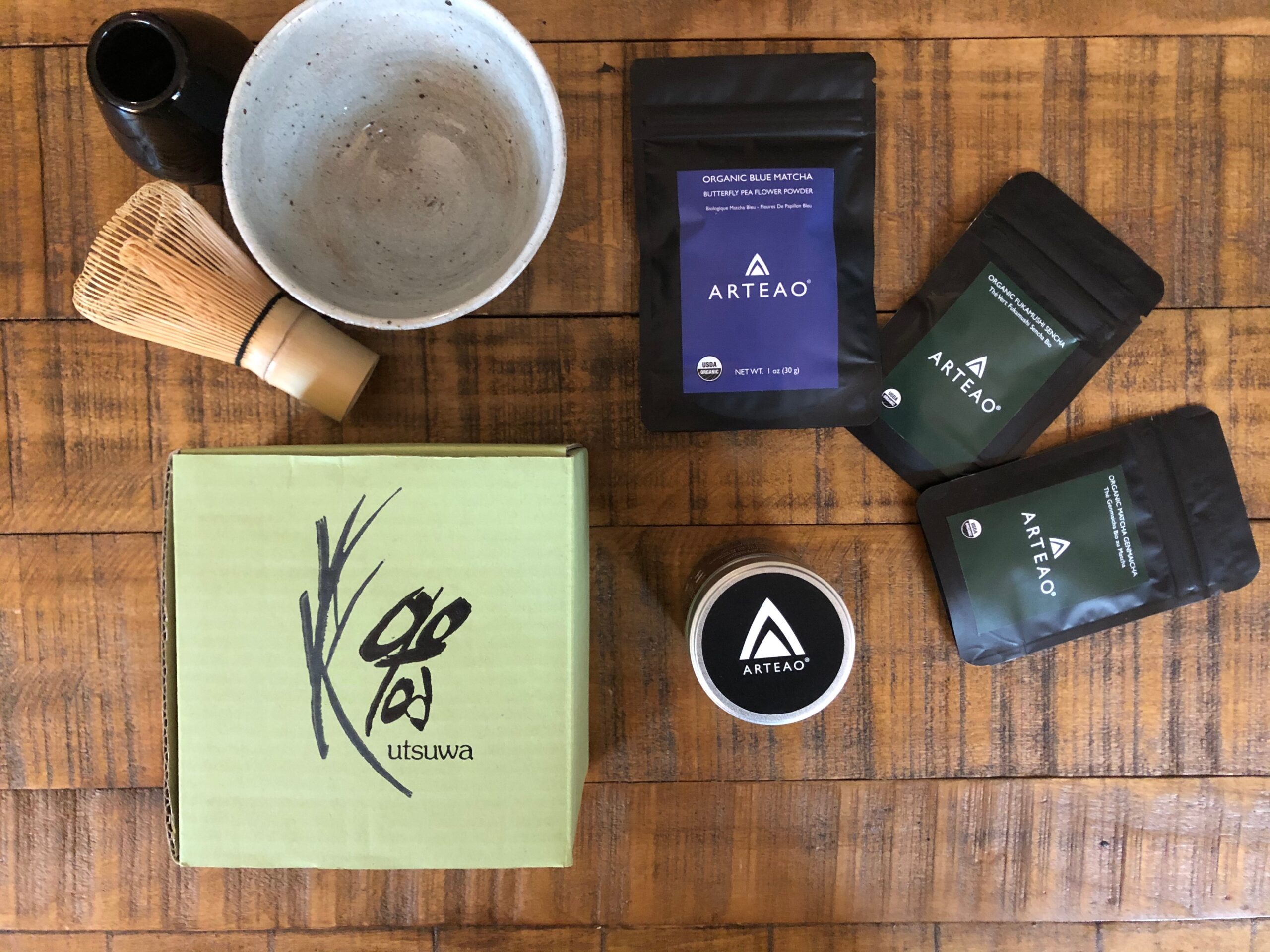 What is matcha?
Developed in ancient China over 9 centuries ago by Zen Buddhist monks, the tradition of drinking matcha has deep roots in East Asia. In Japan, where matcha has been used ceremoniously since the 12th century, it took hold as part of daily life. Derived from the Japanese root words “mat,” meaning ground, and “cha” meaning tea, matcha is made from the leaves of only shade-grown green tea plants that are hand-picked, dried (never rolled or roasted), and finally stone milled. Much like wine, matchas come from different cultivars, or specific plants that have characteristics making them unique and highly sought after. Also similar to wine, matchas come from four major growing regions (Uji, Fukuoka, Nishio, and Shizuoka), each with their own expression of terroir.

Hailed for its long-lasting energy boost and only half the amount of caffeine as coffee, the release is slowly absorbed into the system, so consumers won’t experience an afternoon “crash” or “the jitters.” The amino acid L-theanine in matcha provides a calming effect that also keeps the drinker relaxed. Said to reduce stress and anxiety while increasing focus, L-theanine is found mainly in green and black tea leaves and in certain mushrooms. It has become a staple in the health food communities for its important antioxidant-like qualities.

Paired with catechin, an antioxidant that is produced through growing the tea plants under the sun, the two create a lovely, balanced umami, which is in essence an underlying sweetness coupled with bitterness, and a slightly sour and salty taste. 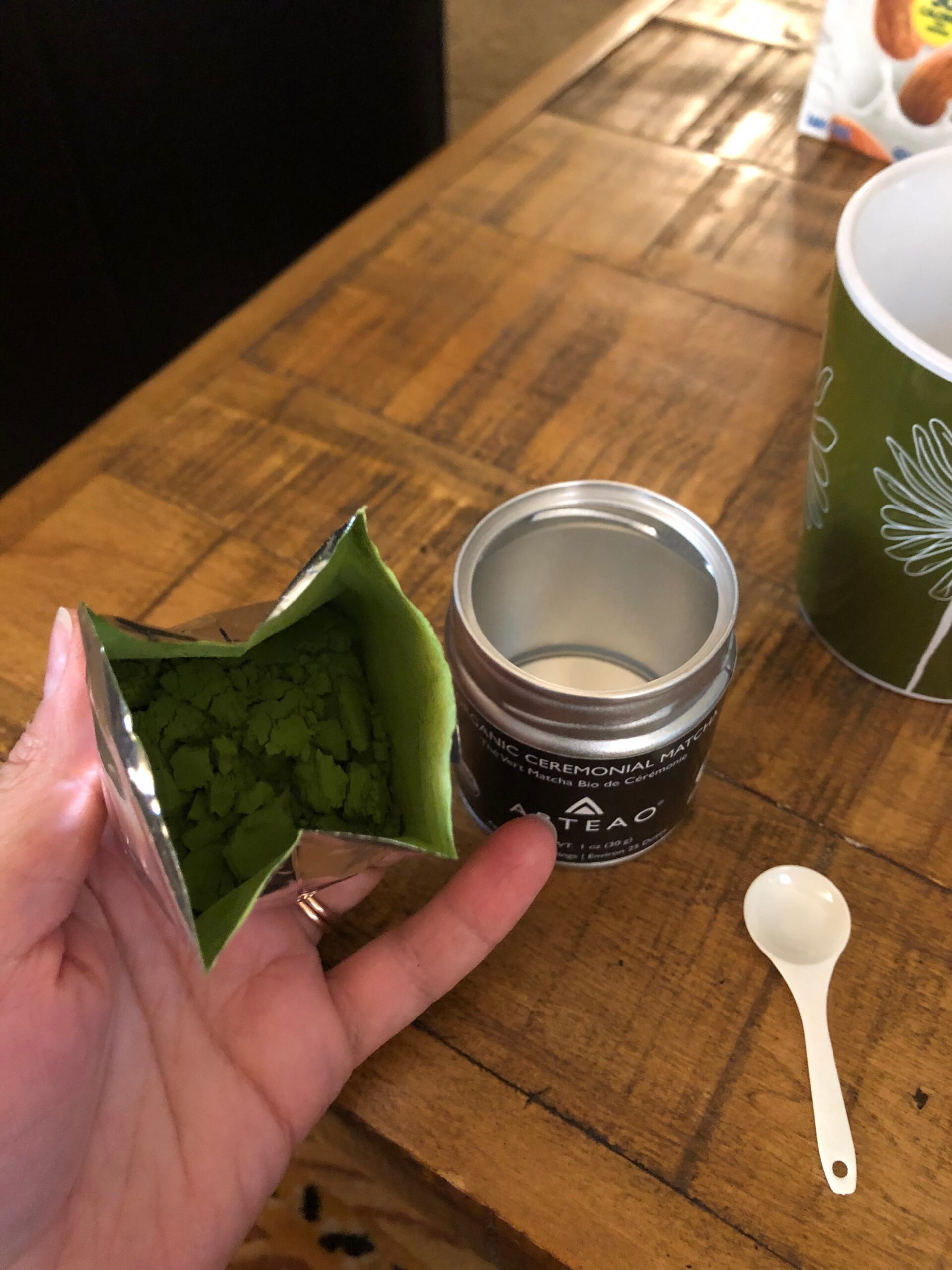 So how does ARTEAO’s ceremonial matcha compare to other traditional matchas? Well, to start, the powder has two cultivars in the blend, okumidori and samidori, both from Uji south of Kyoto.

“The farmers grind [the matcha] to order,” said Aki during our virtual tasting as she opened the vacuum sealed pack. “Matcha oxidizes quickly, from fresh green to a brownish color.” That would explain the beautiful and hermetically sealed vibrant green ceremonial matcha ground to an almost silk-like fine powder. The 1-oz.-pouch comes in an elegant tin.

Unlike more generic matchas that are widely available, ARTEAO only sources USDA organic, an important distinction to note. Japan as a country uses a lot of agrichemicals in its farming and has no regulation on matcha, so having the organic seal means that the consumer is getting the highest quality product free of chemicals. “There are over 400 farmers making matcha, but there were many more before then,” noted Aki. She added that “…the organic movement just began. [We’ve been working] with farmers who have been organic for over 40 years now.”

How to prepare matcha?
Matcha can be prepared either hot (traditional matcha) or cold. Traditional matcha requires hot water, a bamboo whisk (chasen), and bowl (chawan), whereas the cold preparation only needs a shaker, ice, and cold water. For the traditional version, Aki explained that the actual temperature of the water is critical, otherwise the matcha won’t mix well. Novices will need more time to gain familiarity with whisking the matcha as it calls for a certain finesse with the necessary movements of the wrist. This is to achieve the end goal of a frothy foam. Aki pointed out that there are two schools of thought when it comes to traditional matcha preparation: those who use foam, and those who do not. She prefers the foam for a more traditional matcha.

How does it taste?
Iced matcha is refreshing and light with a hint of bitterness and a clean finish. It doesn’t linger on the palate like the more voluptuous traditional matcha does. Instead, it’s playful, racy and just what the doctor ordered as a go-to coffee replacement. By contrast, the traditional matcha preparation has a more concentrated flavor of bitterness with a velvety texture, hitting much differently on the palate. It is rounder in style, slightly tannic, and leaves behind a sweet and salty creaminess in its wake. Mouth-coating and robust, traditional matcha has a bolder, chewier, textured flavor than the cold preparation, and a slightly vegetal, almost mushroom-like taste. 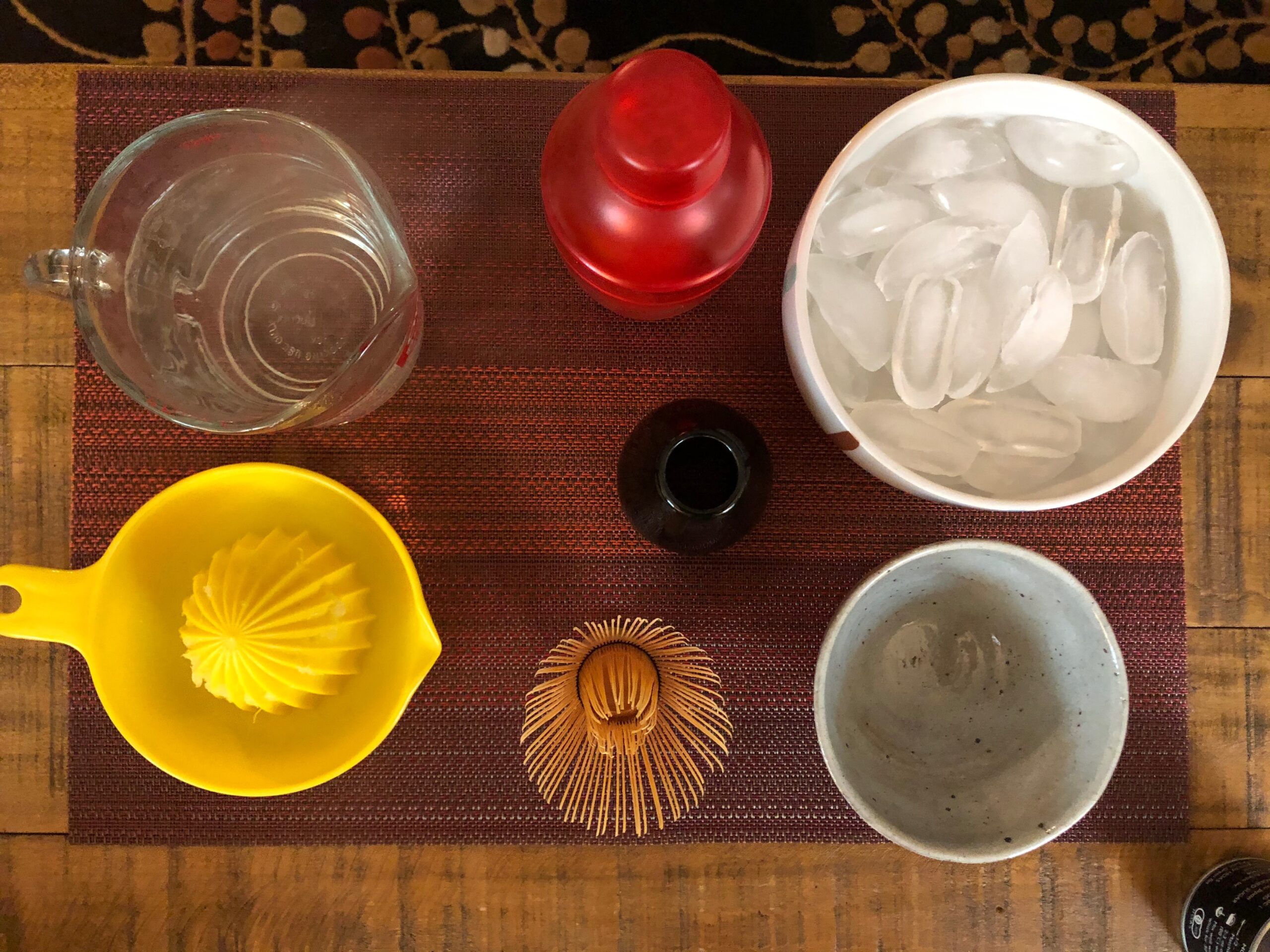 Want to give matcha a try at home? Follow these two recipes to incorporate ceremonial matcha into your day-to-day routine.

Directions:
Fill shaker halfway with ice cubes, then fill halfway with cold water. Add ½ tsp of ceremonial matcha and shake for 20-30 seconds. Strain and pour over ice. Enjoy in the morning or throughout the day.

Tasting notes:
Reminiscent of an iced latte without the bulk or sweetness, this version is light and refreshing with a touch of bitterness, offering a blast of mood-boosting alertness with every silky sip. 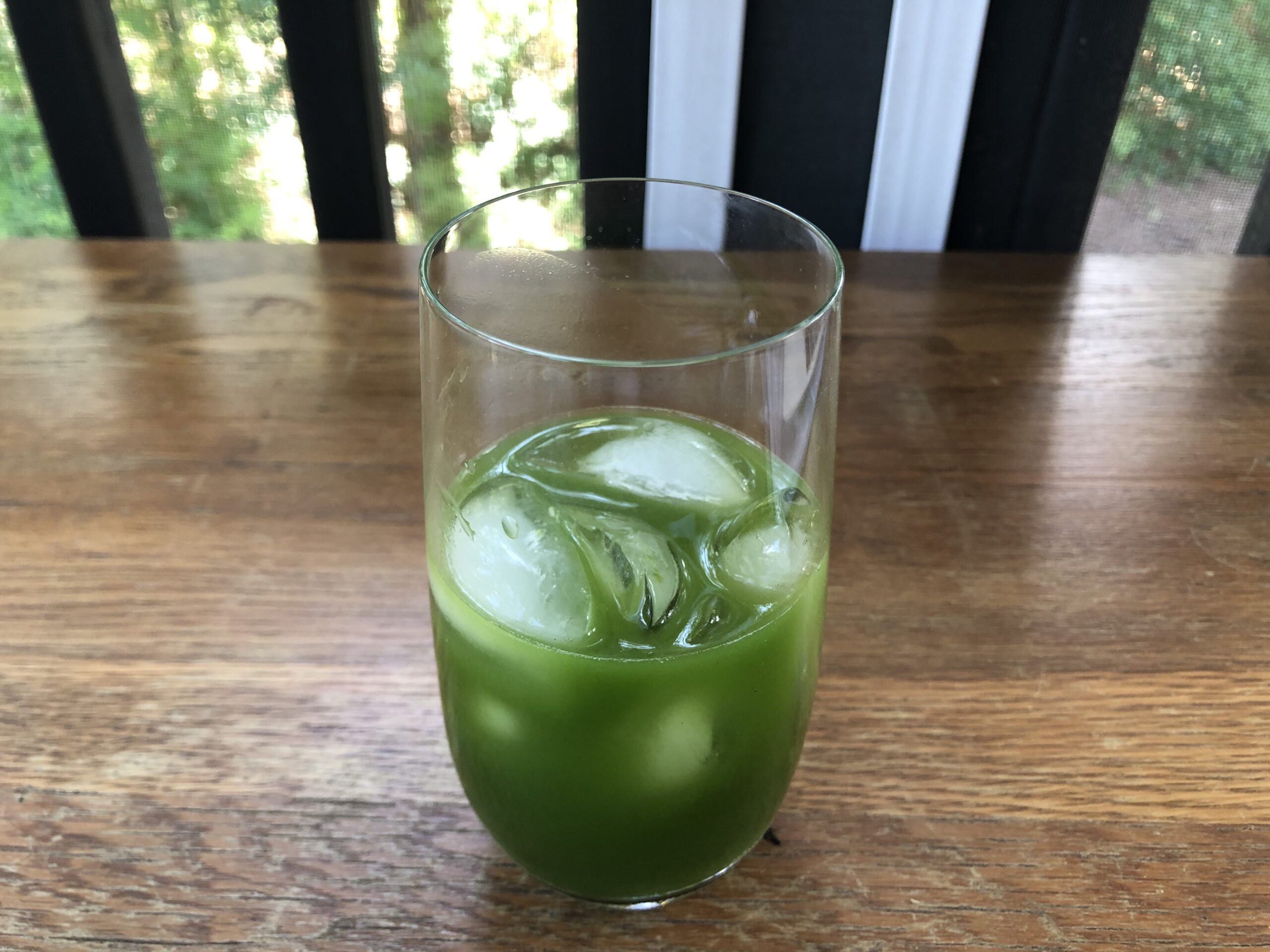 Preparation:
Using a ceremonial bamboo whisk (see included instructions on how to prepare the whisk before use) and matcha bowl on a flat surface, pour the water over the powder and make zigzagged “M” and “W” shapes to dissolve. Aerate the mixture as you work the whisk. Using your wrist, make broad strokes to produce a foam. Whisk for about 30 seconds.

Tasting notes:
Dense and thick on the palate leaving a sweet and salty lingering finish, traditional matcha offers a robust, slightly briny mouth-coating taste. The foam is smooth with a satisfying hint of creaminess. 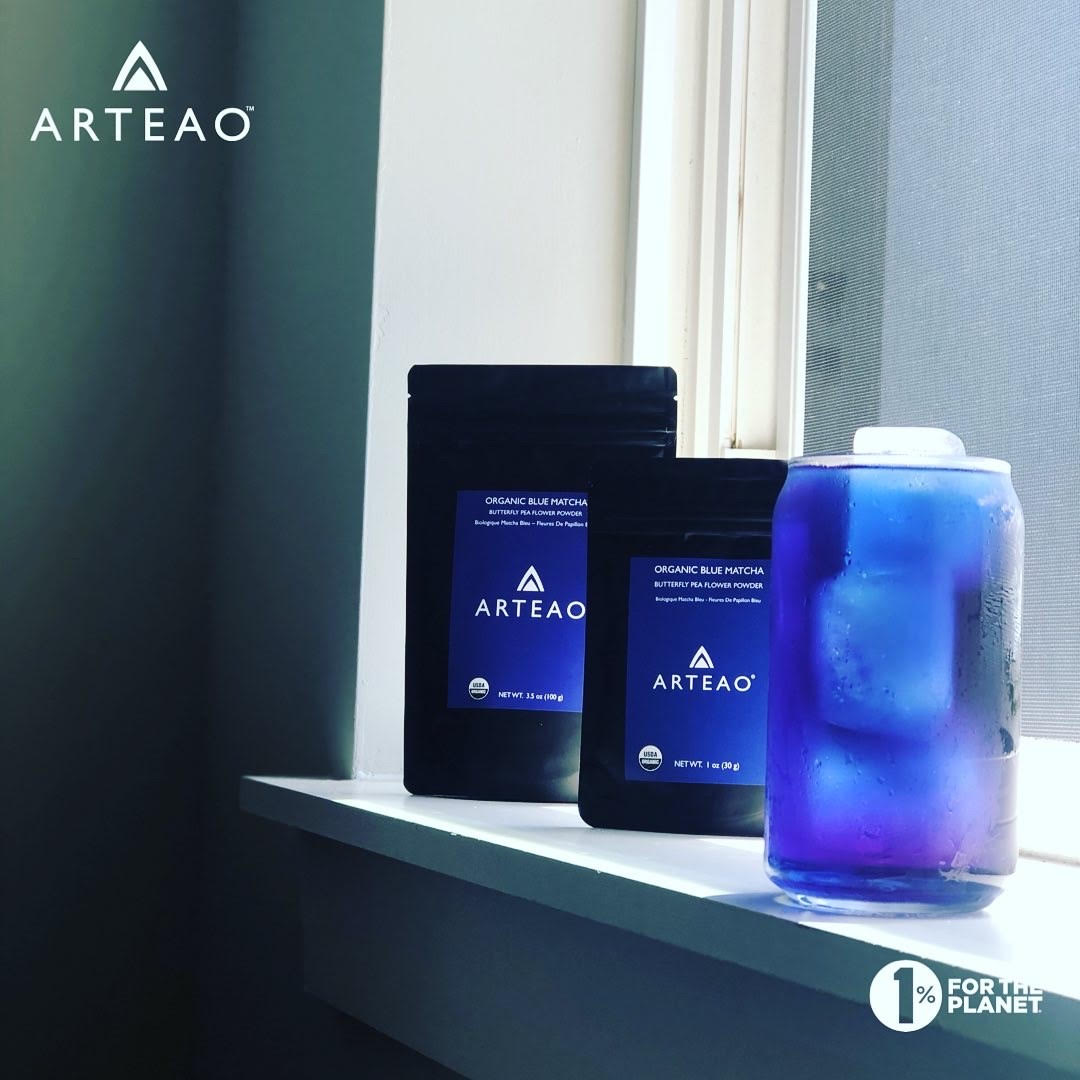 written by D. J. DiOrio
for Brooklyn Fare
Back to all issues