It’s a curious morning. A time of ambivalent optimism. Everyone is looking around, like they’re just seeing the world for the first time. Squinting in the sun, with timid, almost bashful glances… that grow increasingly bold. Nature seems to be taking its first, hesitant steps. At intervals, the sun peeks out from behind clouds, birds and squirrels look out from their nests, and the neighborhood responds similarly. During the afternoon, the man who owns the corner store sits on the stoop, while his young nephews play soccer on the sidewalk. Windows are opened for the first time in months, with soft music and shy laughter spilling out onto the street. Now you step out, and everyone passing on the sidewalk seems to have loosened their hoods, raised their hats, lowered their collars, and shed a layer or two. The world, not yet fully revealed, is open just enough to receive the world with a little more warmth.

These are the early days of spring in New York. Anyone born and raised in the Northeast has experienced late March snowstorms often enough to practice caution when declaring the end of winter. And yet, there are undeniable signs that the thaw is lifting, that we might be able to leave behind our parkas on a sunny day. Undoubtedly we look to the biological world for indicators of this progress. Blackbirds, swallows, and robins are some of the first migratory birds to reappear in the city after their winter migration, and they make the still-barren trees a bit livelier with their colorful movements. Greenery tufts the sidewalks, pushing up through pavement and cobblestones…

From the ground below, the first official sign of spring is always the appearance of crocuses and, shortly after, daffodils. Both begin to sprout as soon as the ground thaws. If you look amongst the new grass in the park or your garden, amongst the greenery, certain patches might stand out, taller and greener and more regular than the rest. Breaking a blade, a sweet allium scent escapes. In your garden these shoots are probably chives, while in your backyard or the park, it is more are likely to be onion grass; two related herb varieties, with the flavor of a mild scallion. These green stalks are usually the first herbs of spring. They don’t announce their arrival with a showy display of color, just the opposite — they come in camouflage.

The entire lifecycle of edible vegetation begins and ends in these early spring months. On the one hand, certain plants are finally ready to harvest after the long winter months; on the other, gardeners and farmers are busy turning the soil, planting vegetables and herbs that will be be harvested later in the year.

In addition to agriculture, spring marks the return of wild edibles, and foragers begin their yearly hunt, braving ice-flecked mud puddles to collect herbs, mushrooms, and roots. These moments of flux bring specific pleasures, more subtle than the extremes of winter and summer. Spring is a time to break with old routines, to expand into new territory, culling outmoded habits to make room for fresh beginnings.

Herbs are a perfect symbol of spring’s rejuvenating energy. In this issue we’ll look closely at three early spring herbs, namely chives, dandelion, and oregano. As a category all to themselves, herbs have always defied easy categorization. Herbs are the emblem of transitional states, from sickness to health, from winter to summer, and they turn bland unseasoned foods into sensuous meals. For these properties, herbs have long been associated with magic. Occult arts, transmutative alchemy, folk magic, and witchcraft, all these forms and more rely heavily on a knowledge of herbal preparations. And is it not a kind of magic, to add rosemary, parsley, and oregano to a simmering sauce? What was previously a lifeless can of tomatoes — presto! — has now become a delightful smelling ragu.

We’ve already mentioned chives — this herb wins the distinction as one of the most impatient new sprouts, which will come up at the first sign that winter is waning. Perhaps the simplest and purest way to enjoy the taste of chives is to add them as a garnish atop scrambled eggs, a usage typically associated with French cooks such as Jacques Pepin. Eggs and chives are a match made in heaven — from omelets to brouillades to deviled eggs, there seems to be no use of the yolk that isn’t made better with a handful of chives. Garnish away!

If your garden or backyard seems to be overrun with chives, or you bought more than you can use, preserving chives is a way to enjoy the vigor of early spring all year round. Consider making chive kimchi, a spicy/sour condiment that is as versatile as it is delicious. If you are harvesting your own chives, the flowers can also be preserved in vinegar — pickled chive flowers make for an excellent addition to vinaigrettes or raw seafood dishes.

Chives and onion grass show how spring’s pleasures hide in plain sight. Another example is the ubiquitous dandelion. Judged by its reputation as a weed, you would think that these humble yellow flowers are invasive and useless, when the reality is that every part of the dandelion can be used for either culinary of herbal practices. Perhaps its true nobility is better expressed through its etymological namesake in French: dent-de-lion, or, “lion’s tooth.” Due to prejudice, dandelions are often sprayed by ignorant landscapers with pesticidal weedkillers, so it is very important to only forage from areas that you know to be untreated. Luckily, if you are uncertain about the provenance of your weeds, you can also find dandelion greens at your local market, where they are increasingly recognized as a versatile and delicious addition to salads and stir-fries.

Do you need something with a kick to get you through the last of the cold months? Dandelion wine is a centuries-old tonic traditional to New England. With a large enough supply of dandelions, it is definitely possible to make your own, with just a few basic ingredients like yeast and honey. The final result can vary greatly depending on additional flavorings and fermentation ratios, so experimentation is encouraged.

Generally speaking, dandelion wine is characterized by a bitter, herbaceous quality, perfect at the beginning or end of a meal — the East Coast answer to an aperitivo. If your brownstone’s backyard is looking a little dandelion-shy, you could also pick up a bottle of Brooklyn-based Enlightenment Wines’ Dandelion Mead. Mixed with seltzer or tonic, dandelion mead makes an exceptionally refreshing beverage, and, after a few glasses, it’s possible that winter will seem very far away… and all the joys of spring, nearer than ever before. 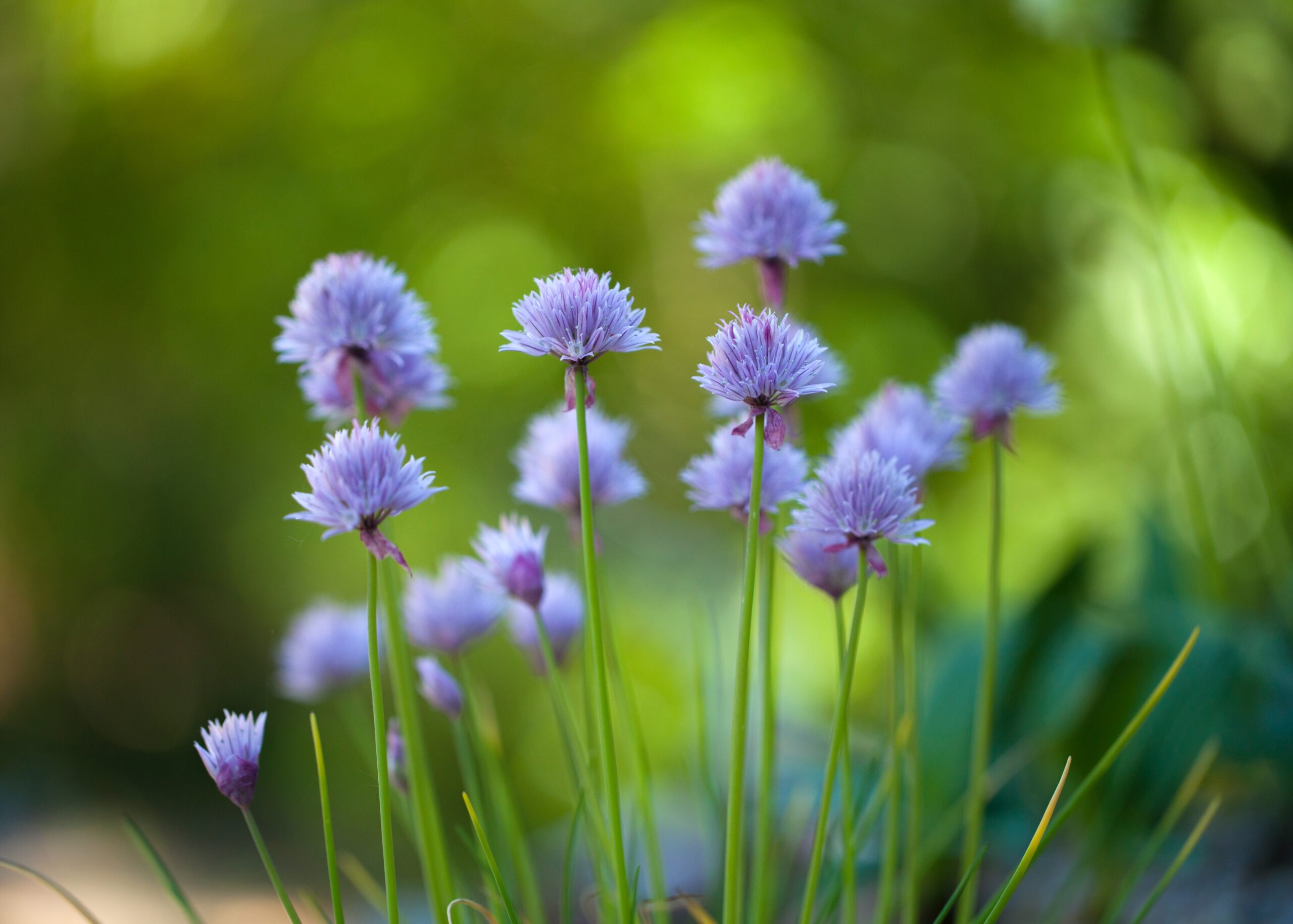 The mixed reputation of the dandelion has even led to arrests: perhaps the most famous NYC forager, Wildman Steve Brill, was arrested in 1983 for allegedly collecting dandelions without a permit. Laws and attitudes around foraging have changed a lot since then, and you will now find people in parks throughout the tristate area foraging for dandelions, borage, and lamb’s quarters. Even stinging nettle is being picked up, though only young leaves should be eaten, and blanched several times before consumption.

From amongst this jungle of more obscure herbs, one early spring arrival is perhaps shockingly familiar, that classic workhorse of Italian cuisine: oregano. Despite its origin in warm, Mediterranean climates, oregano is known for its hardiness as well as its generous reseeding; plant oregano in your garden and yard once, and it will keep coming back, year after year, just as soon as the ground begins to warm up. You might see recipes that call for oregano in both fresh and dried form. Most dried herbs can be useful in a pinch, but oregano is one of those rare herbs that is uniquely potent in its dried form. In long-simmered sauces or stews, dried oregano’s concentrated flavor holds up particularly well, whereas in a fresh antipasti, perhaps with cold seafood or raw tomatoes, you might want to go ahead and use fresh herb. Or, for a bit of variety, try using a combination of both. Go crazy! You can never have too much oregano.

While we celebrate the chilly beginnings of springtime here in the Northeast, we might look to sunnier climes for herbal inspiration. As far as I can tell, no country’s culture is as deeply obsessed with oregano as that of Greece. It is there that oregano got its name — a combination of the words oros (meaning “mountain”) and ganos (meaning “joy”). Such a sonorous name is a testament to the reverence that Greek culture has for the herb. Married couples would wear crowns of oregano, and wreaths of oregano would be laid on graves. Ancient doctors such as Hippocrates would use oregano to treat a range of conditions, and, with modern science’s confirmation of oregano oil’s anti-bacterial conditions, there are many today who use oregano oil to help manage conditions like psoriasis or fungal infections. What really thrust oregano onto an international stage were its culinary uses. Greek cooking makes liberal use of oregano, as a seasoning for potatoes, meat, and fish, or minced inside keftedes, a Greek version of kofta.

Nutritional science has made us very familiar with certain components of our diet. When we’re sick we look for foods with more vitamin C; after a workout we try to find a protein-rich meal; feeling tired and bloated, we make a resolution to cut down on fat and carbohydrates. But this reductive picture of our culinary landscape doesn’t quite add up. There is something else, something magical, that transforms nutrition into food, and consuming into eating. Herbs help to fill in this crude caricature. In all of their remarkable complexity, herbs provide a je ne sais quoi that can be utterly magical. While you’d be hard-pressed to make a meal solely out of herbs, it might also be said that through the use of herbs, disparate ingredients are able to coalesce to form a true meal. You don’t need to be Hermes Trismegistus to understand why herbs have a magical effect. Likewise they transform the cold muddy turf of winter into a fragrant playground for spring. Sometimes the promise of happiness is even more beautiful than happiness itself… The sun is shining and the air smells spicy!